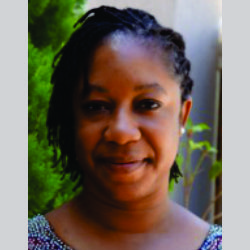 Gloria Toluhi is an Accountant with wide experience in the NGO world, having worked with both Faith-based and secular NGO’s for over fifteen years. She worked with KPMG Audit for a brief stint before entering the NGO world. She is focused and dedicated to ensuring that donor funds are diligently used and accounted for. Gloria also has experience in Admin and HR, having worked for three years as the Finance/Admin/HR officer for the OXFAM GB SLISSFAN Project, which entailed going for trainings in the Regional Office in Dakar, Senegal. Other non-profit organizations she has worked for include Great Commission Movement of Nigeria, and SIM (Serving in Missions).

Gloria started out as a Senior Accountant with LTR (then known as Netherlands Leprosy Relief) in 2008, and had her designation changed to Internal Auditor effective January 2019 till date.